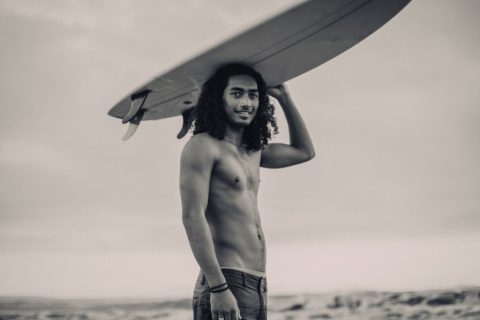 Gynecomastia is a common health problem with more than half of adolescent males experiencing “man boobs”. This usually goes away after puberty however, one-third of men will continue to experience the enlargement of breast tissue and surrounding fatty tissue throughout adulthood.

The physiological trauma associated with gynecomastia can be devastating, however it’s often brushed aside in the medical world as the condition usually is of no danger to the physical health of the individual. From embarrassment and low self-esteem to depression and anxiety, left untreated the damage of this condition can become lasting and detrimental to the individual’s wellbeing.

Teenagers suffering with ‘man boobs’ at a vulnerable time

Puberty can be a difficult time without having to add the torment of dealing with gynecomastia. Developing what appear to be female breasts as a teenager can result in bullying and harassment. Their self-esteem and confidence are shattered at the most vulnerable time in their childhood.

Young men with gynecomastia are likely to withdraw from sports to disguise their condition in an effort to fit in and avoid being teased. The thought of dating and mixing amongst social circles can fuel anxiety as the individual struggles with their body image.

Gynecomastia can rock a man’s sense of manhood

Dreading locker rooms and trips to the beach for many men doesn’t go away after they’ve survived adolescents. The emotional impact of “man boobs” can continue to daunt men further fueling self-esteem issues, anxiety and depression.

Men with gynecomastia often become socially withdrawn, experience panic attacks and self-destructive behavior. While some become introverted, others exhibit anger and develop into defense characters. The condition also rocks their sense of manhood as intimacy becomes an issue causing strain on relationships.

Gynecomastia refers to the appearance of female-like breasts in a man, ranging from simply puffy nipples to full-blown breast development. Both breasts can be enlarged equally, or one can be bigger than the other. Gynecomastia is caused by the proliferation of tissue usually related to an imbalance of the sex hormones estrogen and testosterone. This tissue is fat, gland and fibrous in nature. Any or all types of tissue can be found at treatment.

Although breasts don’t develop in men the way they do in women, all boys are born with a small amount of breast tissue. Gynecomastia is a condition that makes breast tissue swell in boys and men. It can happen when the balance of two hormones in your body is thrown off.

Boys’ bodies mostly make a hormone called testosterone, which guides their sexual growth during puberty. But males also make some estrogen, the hormone that steers sexual growth in girls. When a boy is going through puberty, or when an older man’s body makes less testosterone, the balance of the two hormones changes.

Sometimes when that happens, a higher percentage of estrogen causes male breast tissue to swell. About half of adolescent boys and as many as two-thirds of men older than 50 will have this to some degree.

A growing number of men are opting for laser liposuction surgery to reduce their ‘man boobs’ and boost their self-confidence. The stubborn breast fat resists the hard work of exercising and dieting rendering the sufferer hopeless and, in some cases, fueling the serious condition of depression.

At AgeFocus, we use Laser Liposuction technology to remove the fibrous breast and glandular tissue; a same-day procedure performed under local anesthesia and results can be seen almost immediately.

Undergoing gynecomastia surgery is about more than vanity. It’s about restoring the suffers self-confidence, heightening their body image, and creating a better outlook for their life. Prior to the surgery most male patients feel ashamed to go topless on the beach, they struggle with their breast size and many suffer in silence.

The cosmetic procedure not only benefits those struggling with the condition on a physical level. Men who’ve undergone a gynecomastia procedure have seen improvements in their body image and confidence.